Get fresh music recommendations delivered to your inbox every Friday.

High Times in the Dark 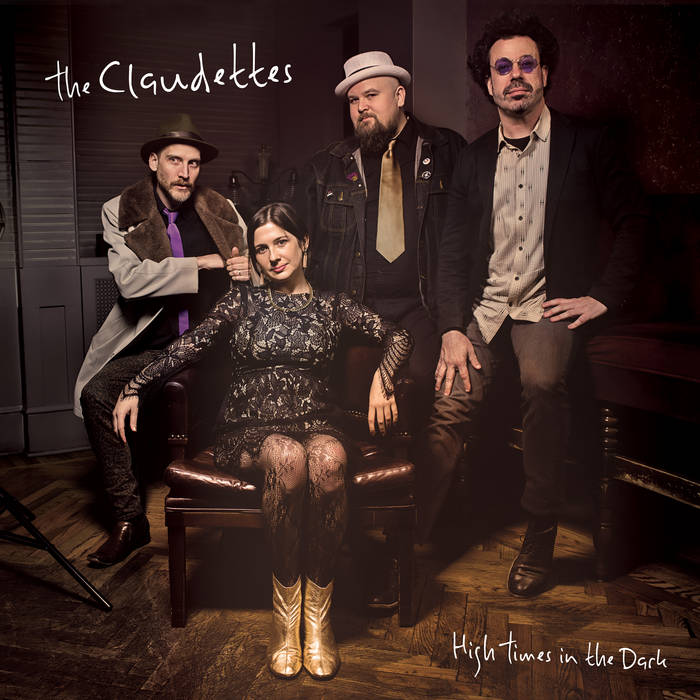 Claudettes co-founder Michael Caskey is back, bringing dazzling drum skills to the studio and ebullient personality to the stage. In the wake of a series of sudden tragedies and deaths in the band’s realm—and amidst a national mood of pessimism and contention—Johnny and Michael lock arms with Berit and bassist/guitarist Zach Verdoorn to create an album that wears its heart on its sleeve but (like the band's much-talked-about live shows) overflows with humor, love and a lust for fun. All songs on "High Times in the Dark" were penned by Iguana, who has recorded with Junior Wells, Buddy Guy and other blues giants plus his punk-organ band oh my god. With this album steeped in American roots music and a piano-powered approach that stands apart from the guitar-driven bands, the Claudettes push forward with a blues-jazz-soul sound that's original and alive, with rock 'n' roll drive and punk spirit.

The Claudettes stare down dark personal and national moods, seizing high times on the road and on their best album yet. Piano is still the core of the Claudettes' music, but Berit Ulseth's sublime vocals steal the spotlight on the band's fifth release. Produced by Grammy winner Ted Hutt, this richly atmospheric album conjures images of Julie London and Allen Toussaint in a '60s hot-rod band. ... more

Bandcamp Daily  your guide to the world of Bandcamp